The Hurunui River is the focus of day four at the GODZone adventure race in Kaikoura as the front end of the field paddle the longest water section of the 520km course. 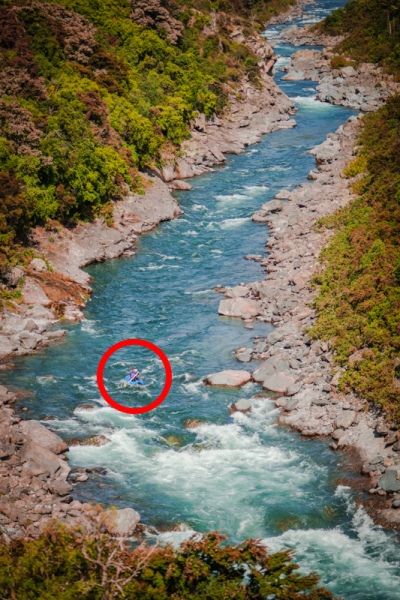 Five teams started paddling in earnest at 7am this morning after camping on the river side by Jollie Brook near Lake Sumner during an overnight dark zone.

-“ Because the teams were not allowed on the river overnight it effectively restarts the race for them today as they bunched up coming off the Glyn Wye trek,” says Race Director Warren Bates.
Christchurch team Vida de Aventura led by Sia Svendson was first to paddle this morning alongside Wanaka team R&R Sport Torpedo 7 led by Richard Anderson.
One minute behind were team Chimpanzee Bar led by Dunedin’s Jim Cotter and team Absolute Wilderness from Picton and Nelson led by Dan Moore.
–“  These guys are all pretty evenly spread in terms of ability on the water but certainly Dan Busch and Dan Moore from Absolute Wilderness are considered to be very strong paddlers. They will use their local experience on this particular river.
Team R&R Sports Bob McLachlan is also a highly competent paddler and Joanna Williams has won the two day Coast to Coast so they will be very competitive in that white water today,” says Bates.
Team 40 Kathmandu had the slowest start getting on to the water leaving around 10 minutes behind the early morning starters.
GODZone first placed Team Seagate also got back on the water at 7am some 30km downstream from Jollie Brook having got several hours evening paddling in last night.

“ They are already half way through the 101km paddle and under the Hurunui Bridge which shows the river levels are good for some speed. It should be a very fast kayak for them out to the mouth this morning.”

The Hurunui river stage will be technically challenging given the GODZone competitors are travelling in inflatable Canadian canoes that require a strong degree of paddling ability.

“Keeping the boats in a straight line through swirling currents and obstacles is not that easy depending on how much time you have spent in one of these,” says Bates. “It does require some expertise to stay on track.”

Narrated Fly Through of Entire Course from 100% PURE Racing on Vimeo.