Adventure race leaders, Team Seagate have had a stellar day at the GODZone in Kaikoura racing hard and fast to reach the Hurunui River kayak stage before night fall.

With a night zone effective from 8.30pm the team has made the most of a clear day to blast over the Glyn Wye range trek in just under 13 hours.

“ They are having such a magic time showcasing their racing pedigree in their own home backyard,”says Race Director Warren Bates. “ A couple of hours paddling tonight will take them through the top rapids on the Hurunui and set them up brilliantly for a restart tomorrow morning.”

All teams will be forced to camp on the side of the river between the hours of 8.30pm and 7.30am for safety reasons. Mr Bates says this will effectively slow the entire field down going into the fourth day. 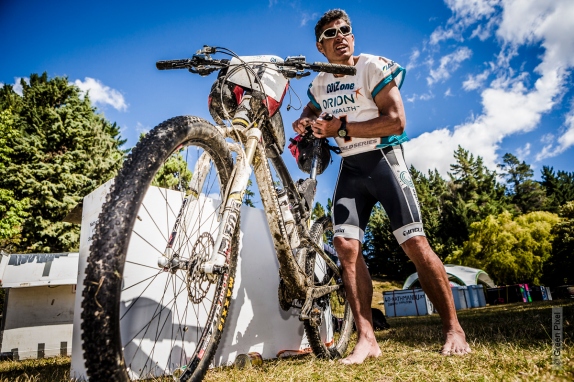 “ Everyone is eventually going to be dark zoned here. It means the teams behind will bunch up and tomorrow morning we should have an exciting mass water start,” says Bates.

A good battle is starting to emerge for second and third place.

“At the moment the real race is developing behind Seagate with team Vida de Aventura and Absolute Wilderness chasing each other for a podium finish. Both will get some sleep tonight and then it will be all on tomorrow.”

Over half the field of 41 teams are now off Mt Tapuae O Uenuku. The high alpine mountain section has been a huge obstacle for many as they battled snow, cold temperatures and challenging conditions. One competitor was heli evacuated off the top peak around midday.

“ We had our media crew up there filming and taking photos when New Zealand team Back Country asked Kaikoura Helicopter pilot Lee Armstrong to fly out one of their team.

The guy Kevin Kirkman from Oamaru was abit disorientated and not coping well with the conditions so it was safer for him to come off and his team to continue on unhampered so a good call by his team mates,” says Warren Bates.

While the mid field streamed off the mountain leg and into Gladstone Station, leading team Seagate were some 200 km ahead blazing their trail.

“ We have had all sorts of weather and challenges thrown at us this week but it seems nothing is going to stop them from charging ahead. They are in their element,” says Bates.