All the action on Day four of the GODZone adventure race has played out on the Hurunui River as the top five teams chased glory.

Leading team Seagate consolidated their first place position with a decisive paddle  down through 70km of the 101km river stage and out through to the Hurunui River mouth.

“ Seagate arrived just on 2.30pm and were met by Nathan Fa avae’s family who were delighted to see them looking so strong and leading the charge,” says Race Director Warren Bates. “ Nathan’s son Zephyr Fa avae commented that his Dad  looked abit like a Granddad which got a few laughs.” 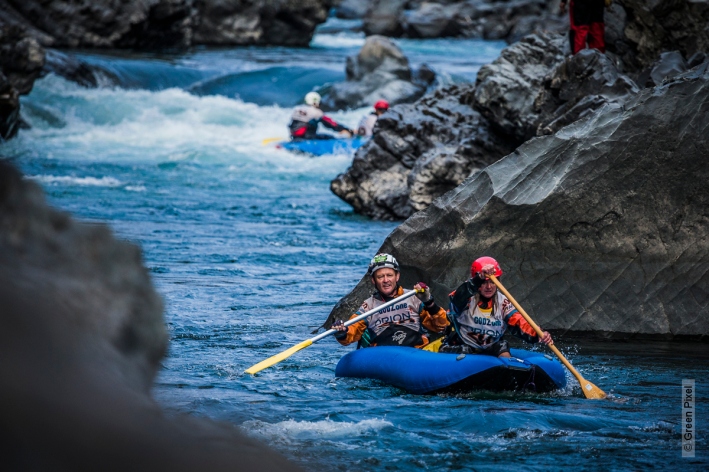 The team spoke about the how spectacular the entire river section experience was.

“ It was just fantastic and we totally loved it all,” said Sophie Hart. “ When the dark zone started last night we pulled up to in a totally mint spot to camp in which great.”

Nathan Fa avae said the teams behind them were also going to enjoy the paddle and have a great scenic experience.Meanwhile the next five placed teams jostled backwards and forwards for position. Teams Vida de Aventura, R&R Sport Torpedo, Chimpanzee Bar, Kathmandu XT and Absolute Wilderness were underway at 7am heading downstream.

Absolute Wilderness however soon discovered they had left their GPS tracker back at the transition.

“ This cost them a lot of time going back to get the tracker and they lost their third placing behind Vida de Aventura,” says Bates. “ They then got back in the game, paddled hard only to then have boat problems and had to stop for repairs.  But this afternoon they have paddled their way back into fifth spot and going well.”

Currently R&R Sport Torpedo is in second place with Kathmandu in third and Chimpanzee Bar in fourth. Team Vida de Aventura have dropped back to sixth position. 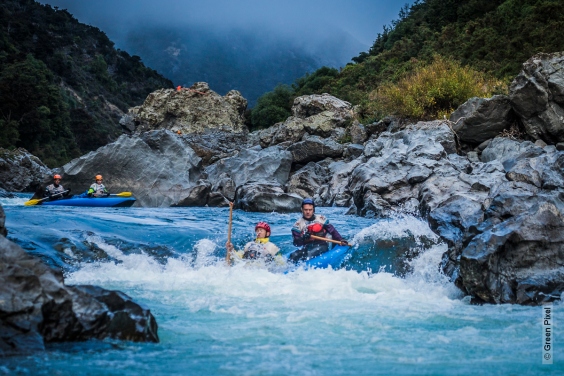 “These teams are all paddling like demons to make it off the river just before the dark zone cut off at 8.30pm.”

Team Seagate are now on the coast heading up towards Kaikoura completing the final four stages including a 25km mountain bike to Gore Bay, a 25km coastal trek to Medina, a 38km to Omihi Camp and then a final 25km kayak to Kaikoura main beach.

“Kaikoura will be the place to be tomorrow morning as we may have them across the finish line as early as 10am,” says Bates.

Irish team Moxie AR became the first team to officially pull out of the event today after one of their members, Eoghan Cartan, was taken to hospital with an suspected broken ankle.