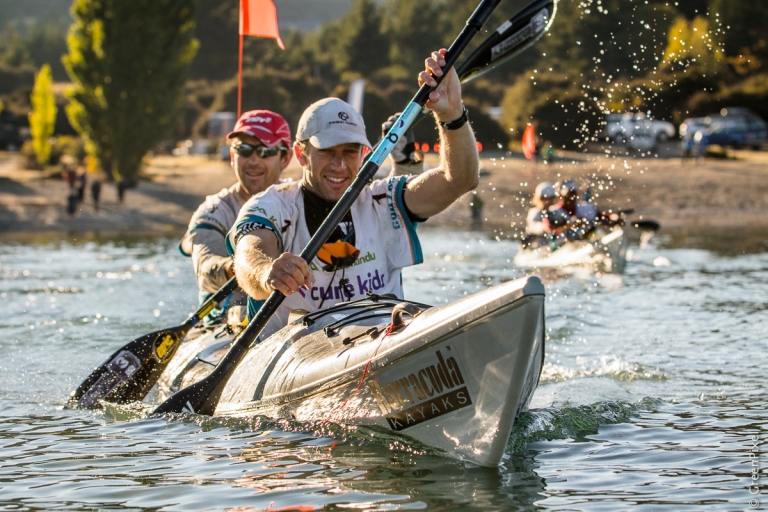 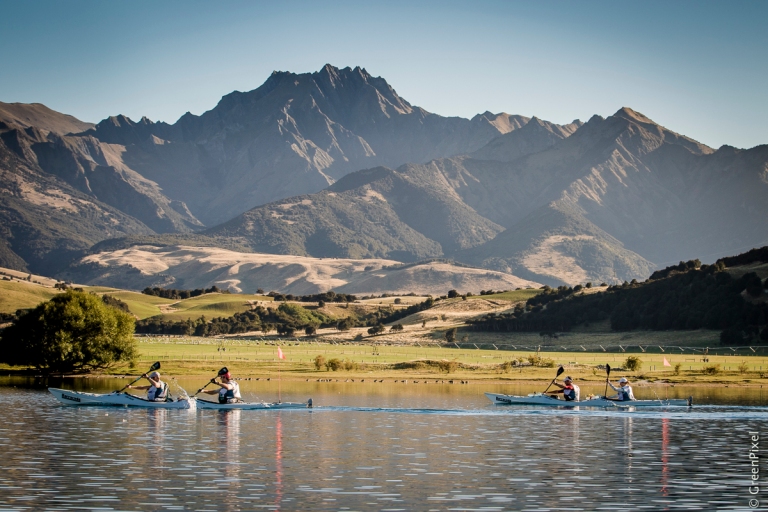 Team members Nathan Fa’avae, Sophie Hart, Chris Forne and Stu Lynch arrived at the last transition area in Dublin Bay just after 8am in good spirits and ready to kayak on a glassy Lake Wanaka.

“ The mountain bike ride over the Old Man Range last night was epic and we are looking forward to getting out on the lake and being on the water,” said Nathan Fa’avae.

The team has several control points to find on Lake Wanaka with an estimated paddle time of 6 to 8 hours that will have them crossing the finish line in Lake Wanaka between 5 to 6pm today.

“ Seagate have been workman like in their approach to this years GODZone and Nathan Fa’avae said from the get go that the team trained harder this year than they did for the last world champs because they couldn’t possibly lose on their home soil.

The fact is the team that makes the least mistakes is the one who win and Seagate have certainly done that. A combination of preparation, skill and luck are the advantages that lead teams get to experience.”

The GODZone  trophy awaits Seagate at the finish line at Race HQ with a waiting group of media, friends, and family to welcome them home.