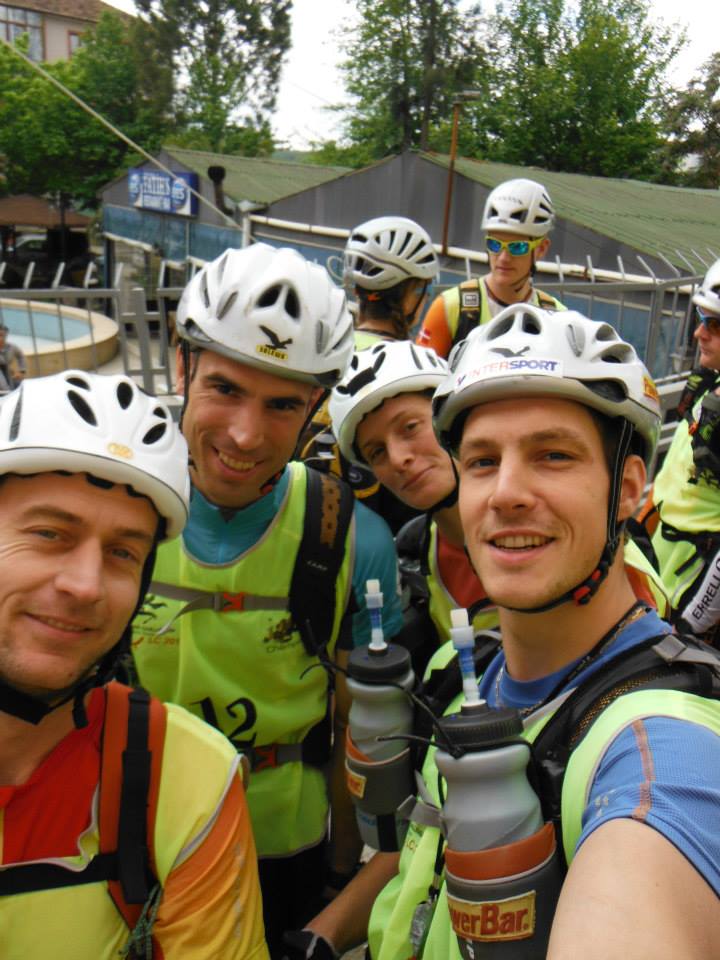 What does a typical day look like for you?

SABRINA: . A normal day for me involves some form of training 1 – 4 hours of biking or running or sometimes both.

PAUL:  There are no normal day. I’m working as a teacher and I take care of my 2 kids so I’m training when I can. But I’m trying to train a bit more than 10 hours per week, including kayak, MTB and running when I’m not preparing a big challenge.

Do you perform some kind of special training? How do you prepare yourself for a race all along the year?

SABRINA: i don’t really do any special training, I just keep myself fit. Sometimes if there is a new sport or one that I am not very good at in a particular race then we might do some training on that. For example, we trained in canoeing for the Tierra Viva.

PAUL:  I’m training more when I’m preparing for a race. For this Tierra Viva race in Chile, we have done some training camps with the complete team . But the training was not really special.  Just the number of hours for training is increasing  2 months before the race.

Paul: We met you in Finland, . Do you remember This  race?

PAUL: Yes, of course! It was an amazing race organized by my friend  Petri Forsman, who is a legend in adventure race world. I’ve not a big experience but it was one of the best race I’ve ever raced. The best tracking of the world in adventure racing. It’s a shame it doesn’t exist anymore.

What is the best experience you can remember from an adventure race?

SABRINA:There are so many amazing memories from the many adventure races that I’ve done, it is hard to pick just one. Godzone 2014 was my favourite race and I have an amazing memory of walking along the beach in the moonlight and alost tripping over a sealion! He wasn’t very happy.

PAUL:  Difficult to answer. But maybe the feeling on the last leg of ARWC 2012 in France, under a warm sun, on the flat mediteranean  sea, after 172h of racing. What a great time shared with my teammates?

What was the hardest moment?

SABRINA:The hardest moment was my first adventure race – Bimbache in Spain, we had just pushed our bikes up a very large mountain for about 6 hours, when we were at the top we were looking for a control when our navigator pointed to another mountain in the distance and said «Oh, it’s over there»! We had to cycle all the way down and go back up the other mountain – we lost about 12 hours.

PAUL:  Hardest for mind was in Endurance quest 2012 (ARWS finland). We were 4th, struggling after the podium, when we met 4h mistake in a 80 km kayak leg: we thought we had to find a checkpoint on a very far island but the organisation told that the CP was cancelled but we forgot this point. We try to find it during a long long time!!!

And the moment that any lover of adventure racing should live in your opinion?

SABRINA:The best thing about adventure racing is being with you team mates – seeing the sun rise and set, making an incredible journey, being close to nature and achieving things that others think are impossible

PAUL:  to be proud of the team after the finish line.

SABRINA: Adventure racing in England is not evolving it seems to be expiring and that’s really sad. I hope it picks up and we can follow countries like France where adventure racing is growing at a phenomenal rate. I think it should start in schools so that everyone can learn about this awesome sport. 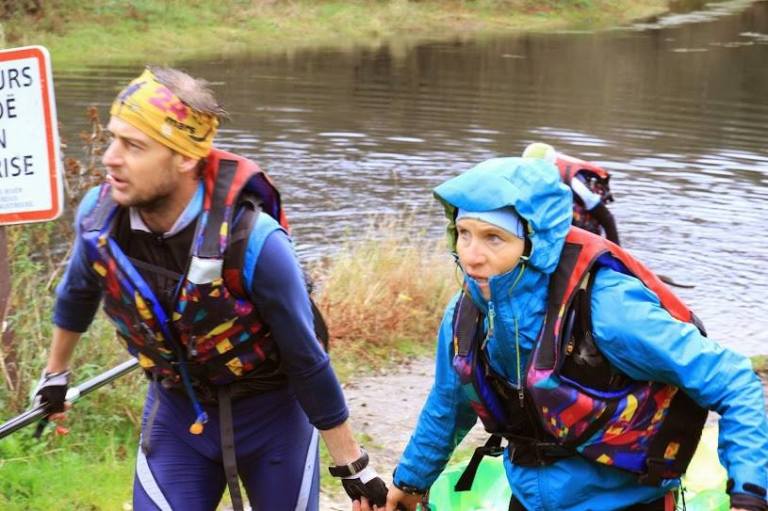 PAUL: I’m quite new in adventure racing. My first race was in 2010. So I don’t really know if adventure racing is going in the right way. One thing is sure, the entry fees are really high and it becomes to be difficult because of lack of sponsors.

What do you think is the reason underlying the gap between these top-teams and the rest?

What about other woman participants that you have met?

SABRINA: As a female in the team you need to be pretty tough, it is always hard in the first few hours or even day but after that the abilities are much more even. I have raced with a lot of different teams now and it is always interesting to see how they react to me. Some men treat the lady on the team as though she is just a spare part that has to be carried around, that she should not speak and should just follow, other teams make me feel more appreciated and that I can contribute to the team just the same as any other team member.

PAUL: I raced with different woman in every race I did. Some were really good like Audrey Ehanno who is racing with raidlight now. Ladies are sometime following the first day but after that they are the “motor” of the team. They are organized, always focused on the efficiency. 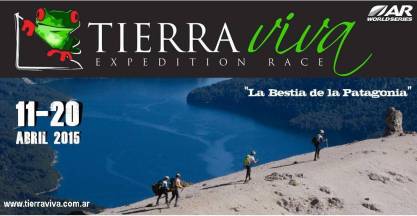 If case you had to organize an adventure race, what would you do to let participants to enjoy the race? How can we achieve a broader dissemination of the event?

SABRINA:The biggest barrier for most people to enter an adventure race abroad is the logistics of getting the whole team and all the necessary kit to the start line, the easier an organiser makes getting to and from the race the more enjoyable the whole experience is. I think simple races with not too many disciplines are better as their is less equipment to be gathered together. Personally, I like to do adventure races in different countries as a way of exploring the best areas in a country and doing my favourite sports. The cheaper the entry fee the easier it is to get more teams involved.

PAUL:  Most important is to have simple rules. No special tasks, no bonus CP. Just a start and a finish line with some CP between.  I also like when navigation is tricky.

In which races we will be able to see you this year. Are you going to participate in the organization of any races or related events?

SABRINA: I am racing in France in May and August. I am racing the Raid Aran in Spain in May. I will also race in ireland in the Beast of Ballyhoura which is a European Championship race this year.
PAUL : Maybe CERA 2015 in spain. I was supposed to race Raid in France 2015 but I have to cancelled due to my job: I’m moving to Burkina-faso for 2 years. Let’s see later!