It’s the Canadian team Dynafit/SkiMoEAst.com who won the second edition of the Gaspésie International Raid overall for the 300 K, and the local team GalopeuXtrêmes for the 150 K. The guys of the team Dynafit/SkiMoEast.com said it last year: “We will be back to win!” Mission accomplished for them. The emotion was strong today at the finish line of the raid, at the Parc Germain-Deslauriers, where an impressive crowd was present to welcome the racers. After 4 days of race on a race course qualified by all the participants as one of the most beautiful they have ever seen, the raiders passed the finish line with a huge smile and very moved, communicating their emotion with the public present on the site. A member of the team Painted Wolf from South Africa (who finished the raid despite a shoulder injury following a fall by bike today), and who do raids all around the world, was categorical: what makes the difference here, is the extraordinary welcoming of the people. 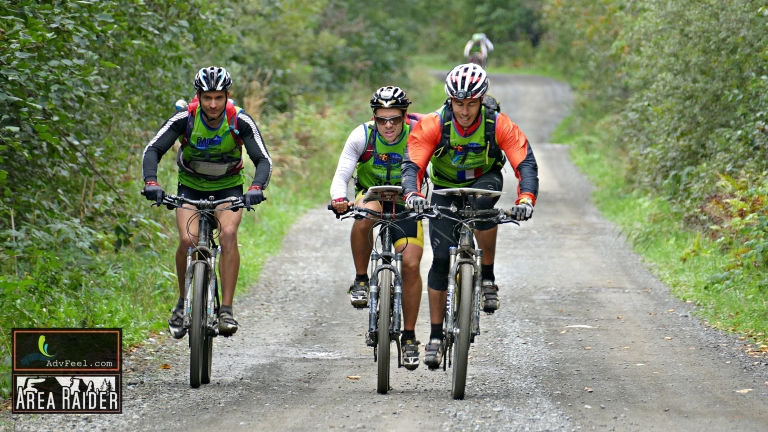 The arrival of the team Polar/Smith Optique with Laura Barrell, from UK, was particularly moving when her husband and raid partner who could not come this time was waiting for her via Skype to congratulate her live, at the finish line. The raiders could not say enough about the beauty of the region, the race course, the organisation and the welcoming attitude of the people from Carleton and the other municipalities visited during the raid.

The second position overall for the 300 K goes to the team Spin sports & plein air (CAN) followed by the team Painted Wolf (RSA). For the 150 K, behind the GalopeuXtrême comes team Intersport Carleton-sur-mer followed by team Pedini-Iret (ITA).

Here’s the Vimeo link for Day 2: