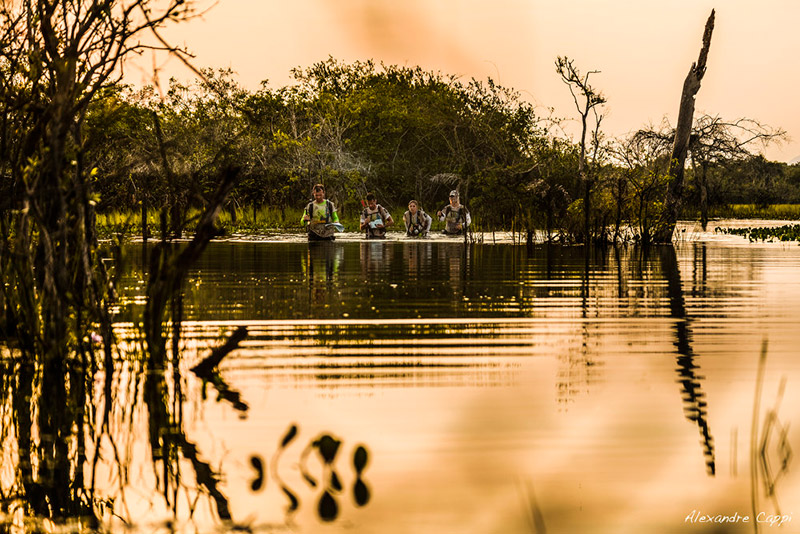 Thirty one intrepid teams made their way to Corumba in the Pantanal region of Brazil for the recent Adventure Racing World Championships, which promised to be one of the most adventurous expedition races yet, and it delivered.

The teams came from 5 continents and 15 nationalities and included defending world champions Seagate (NZ) and world ranked No.1 team Columbia Oncosec (Spain). Most of the world’s top ranked teams and all this year’s AR World Series race winners made their way to Corumba for a race which all knew would be one of the toughest they’d ever undertaken.

Corumba is the gateway to The Pantanal, a vast wetland in the heart of South America, which was the setting for the race. The region is around 210,000 square kilometres in size, has almost no roads, few inhabitants, a humid tropical climate and is bursting with wildlife, some of it potentially dangerous. It was the perfect setting for an adventure unlike any which the well travelled teams had encountered before.

Arriving in Corumba it was apparent the heat would affect the racers. Temperatures around 38 to 40C were something of a shock and hard to adjust to in the few days before heading to the start.
The trip to the start line was a 12 hour overnight cruise on 3 navy boats. It was a novel way to get to the start, and just a small part of the impressive local and national support the race received to enable it to be staged in an area with virtually no infrastructure. (The race organisation and media were on another river boat for the first 4 days of the race and light planes were used to access the course later in the race.)

The first stage of the 700km race took place on the mighty River Paraguay, with teams kayaking upstream against the swift current and suffering in the heat of the day. Team Godzone adventure said, “Only 30 minutes in everyone was hurting and the heat was just insane, we had to constantly splash each other with water just to try and keep cool.” Other teams just went overboard at regular intervals to cool off!

An overnight trek led to another long water stage, this time on pack-rafts among the many side channels on the river and out onto the vast Lake Mandiore, which had a sizeable swell due to the wind. Navigation was already tricky, with some teams taking the wrong channels, and as teams finished their first full day of the race most had already had wildlife encounters.

Alligator sightings were common, the sight and sound of birds was the constant accompaniment to the race, one team saw a jaguar on the first night, and especially at transitions the swarms of mosquitoes were the most unwelcome wildlife of all. On a bushwhacking trek at the end of the stage Swedish team Haglofs Silva were attacked by bees and South African team Merrell Adventure Addicts were the first to encounter a tarantula. It didn’t take long for teams to realise they were in the wild!

The first full trekking stage of the race took teams over the Amolar hills, which rise steeply to 1000m and form a ridgeline parallel to the River Paraguay. Apart from the race staff who set the course this was an untrodden route, there were certainly no paths and the teams had spectacular views over the vast expanse of Pantanal. It was one of the race highlights, and one of the toughest stages, taking teams far longer than planned for.

The difficulty of the terrain and the oppressive heat was slowing teams down considerably. The temperature was expected to be hot (around 33C is the November average), but during the early part of the race was close to record levels.

It was on the Amolar hills trek that NZL Seagate opened up a big lead, which they kept on the following paddle downstream on the Paraguay River and on the following two jungle stages, which took teams into the flat wetlands. First trekking through bush and numerous small pools, then picking up their pack rafts again for a long stage through waterways, mere’s and swamp which was the crux of the race.

With no trails or reference points at all this was a supreme navigational challenge as well as an epic feat of endurance. Nathan Fa’avae of NZL Seagate said, “It was so isolated and we probably went to places no one had been to before – why would anyone go there!” Team mate Stuart Lynch added, “It was like you imagine adventure racing to be before you take part!” Aaron Prince of Team SWE Haglofs Silva said, “It was the best stage of all and the wildlife was amazing, like being in a zoo.” At times teams were swimming in pools full of alligators (they’d got used to them by this stage and the gators just moved off) but Chirs Forne of NZL Seagate was unlucky enough to be stung by a sting ray on this stage.

The leaders may have been meeting the challenge of the wetlands, but even they were taking twice as long as planned by now, and it became apparent the teams behind them could not complete the course. They were moved forward by small plane to miss out the packrafting, which only the top 5 teams completed. Then the later parts of the course were shortened to allow all the teams who could to finish within the 7 days the race course was open.

Getting back to the finish at Corumba involved a long bike ride on sandy back roads, a stop for a spectacular 300m rope descent and finally another paddle on the Paraguay, this time in local wooden canoes.

NZL Seagate lead all the way to record yet another victory when they paddled under the finish arch in a time of 6 day 16 hours and 44 minutes with two Swedish teams behind them, Haglofs Silva and the Swedish Armed Forces Adventure Team. The other full course finishers were Columbia Oncosec and Estonian ACE Adventure, who were the surprise performers of the race. (They are ranked 28th in the world)

For NZL Seagate it was a fitting way for team captain Nathan Fa’avae to bring his elite adventure racing career to a close and not for the first time Sweden showed how strong an adventure racing nation they are. (Peak Performance also finished 10th, giving them 3 teams in the top 10.)
All of the teams which took part had an experience they will never forget, and probably never come close to repeating. ARWC Pantanal was a one-off, a race for the record books and one which really took expedition adventure racing into unknown territory. 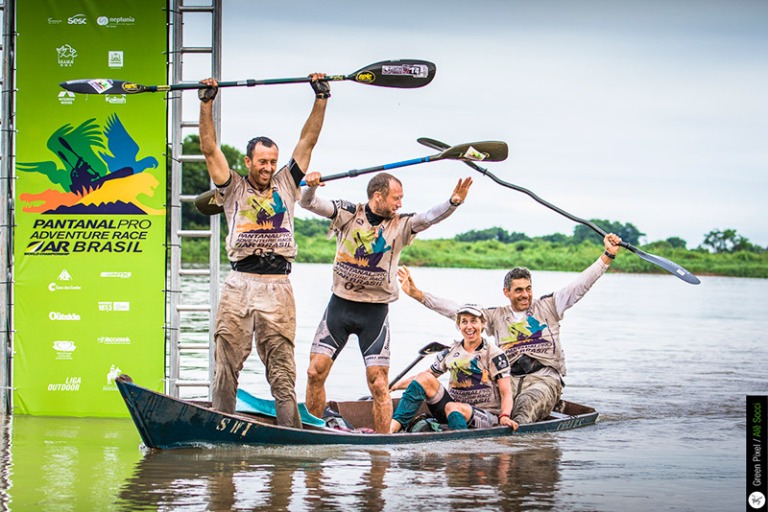 Next year’s AR World Championship will take place in Australia in the Shoalhaven region in November www.xpd.com.au

For more information, reports, photos and results on the 2015 World Championships in Pantanal see www.arwcpantanal.com

For information on the AR World Series see www.arworldseries.com