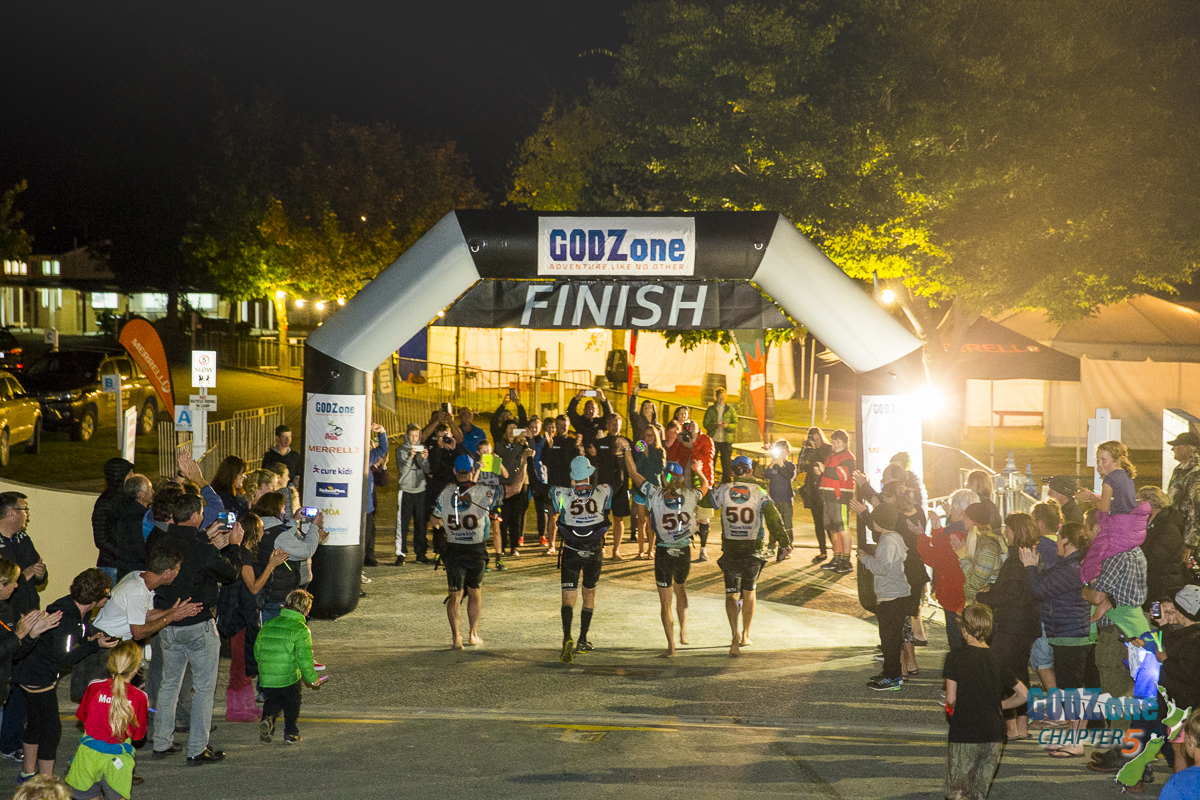 The Cure Kids Team launched their kayaks at Totaranui in the Abel Tasman National Park early this morning as they enter the last stage of GODZone. The team is now on a final 35km sea kayak to Kaiteriteri Beach. 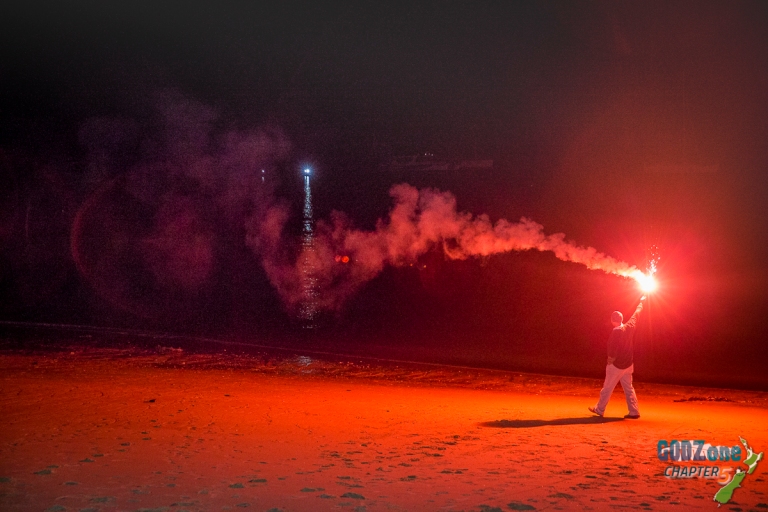 Race Director Warren Bates says Cure Kids are expected to arrive at the beach some time between 11am and 1pm all going well on their paddle up the coast.

“Rob and the team have executed a very good race strategy of managing their sleep and speed on each stage. It’s not easy out there when you’re dealing with unpredictable weather conditions and the physical rigors of the course but these guys have run a good race.

The team have been quite competitive and racing through the last bike stage over the Takaka Hill and down towards Golden Bay did overtake a couple of teams so looking strong to the end,” says Bates.

“We will be applauding them across the finish line. Cure Kids Fundraising Manager Kelly Douglas told us morning that they have just cracked the $295 000 mark with fundraising which is amazing.”

Local team, Motueka, arrived at the finish line just on 11pm last night to a rousing welcome. Over 300 people gathered on the beach to cheer them in after four days, nine hours and 58 minutes out on course. Team captain Brent Steinmetz said it was overwhelming to see so much support.

“Paddling around the point into Kaiteriteri Bay we wondered what else was going on at the beach because we could see crowds and lights and hear the noise but didn’t think it was for us. It was amazing.”