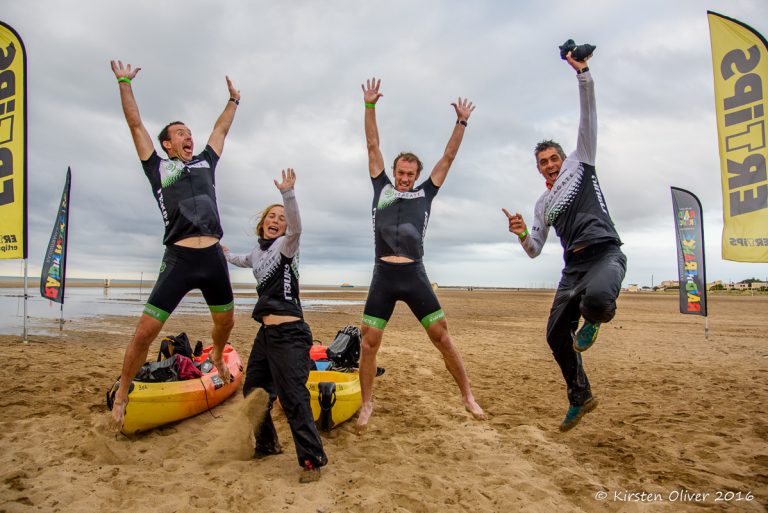 New-Zealander of Team Seagate (21) crossed the finish ligne on the beach of Saint-Pierre la Mer in the Aude department. This is the second victory on Raid in France for the team headed by the legend Nathan Fa’avae, who was world champion in France in 2012. They left the city of Font-Romeu in the Pyrenees on Sunday, September 4 at 00:00am. Then, Nathan Fa’avae, Stuart Lynch, Chris Forne and Isla Smith completed the 430-kilometer-long route leading to the Mediteranean Sea in 100 hours and 28 minutes. « Raid in France is an amazing race. The landscapes we went through were very different from those we discovered in 2012 in the Alps. It was really nice to progress into the Pyrenees, this other great French mountain chain. As regard to the volunteers, they are kind, as always… The race was very diversified and the different sections were physical as well as technical, something that we enjoyed a lot », said Nathan Fa’avae, the emblematic captain of the team, few minutes after their victory on Saint-Pierre la Mer’s beach.

The French of 400 Team Naturex achieved the Raid in france adventure in 2nd position, approximately 1:30 after Seagate.